Wool shirt jacket designed and developed with our Community. Can be used as a shirt, mid-layer or jacket – perfect for everything from the mountains to the city.

95% wool and 5% cashmere
Lifetime service
Designed with our Community

Wool shirt jacket designed and developed with our Community. Can be used as a shirt, mid-layer or jacket – perfect for everything from the mountains to the city. 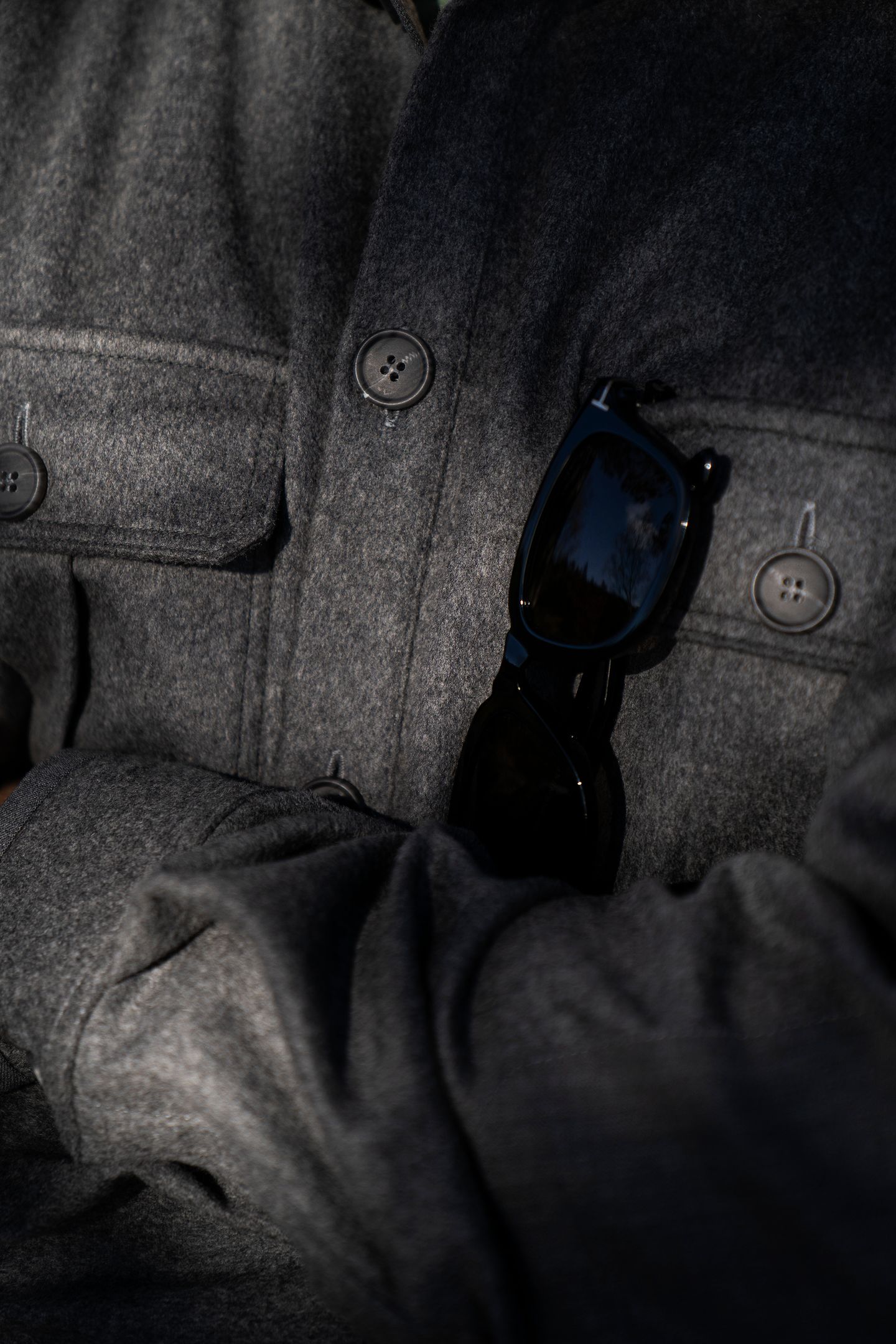 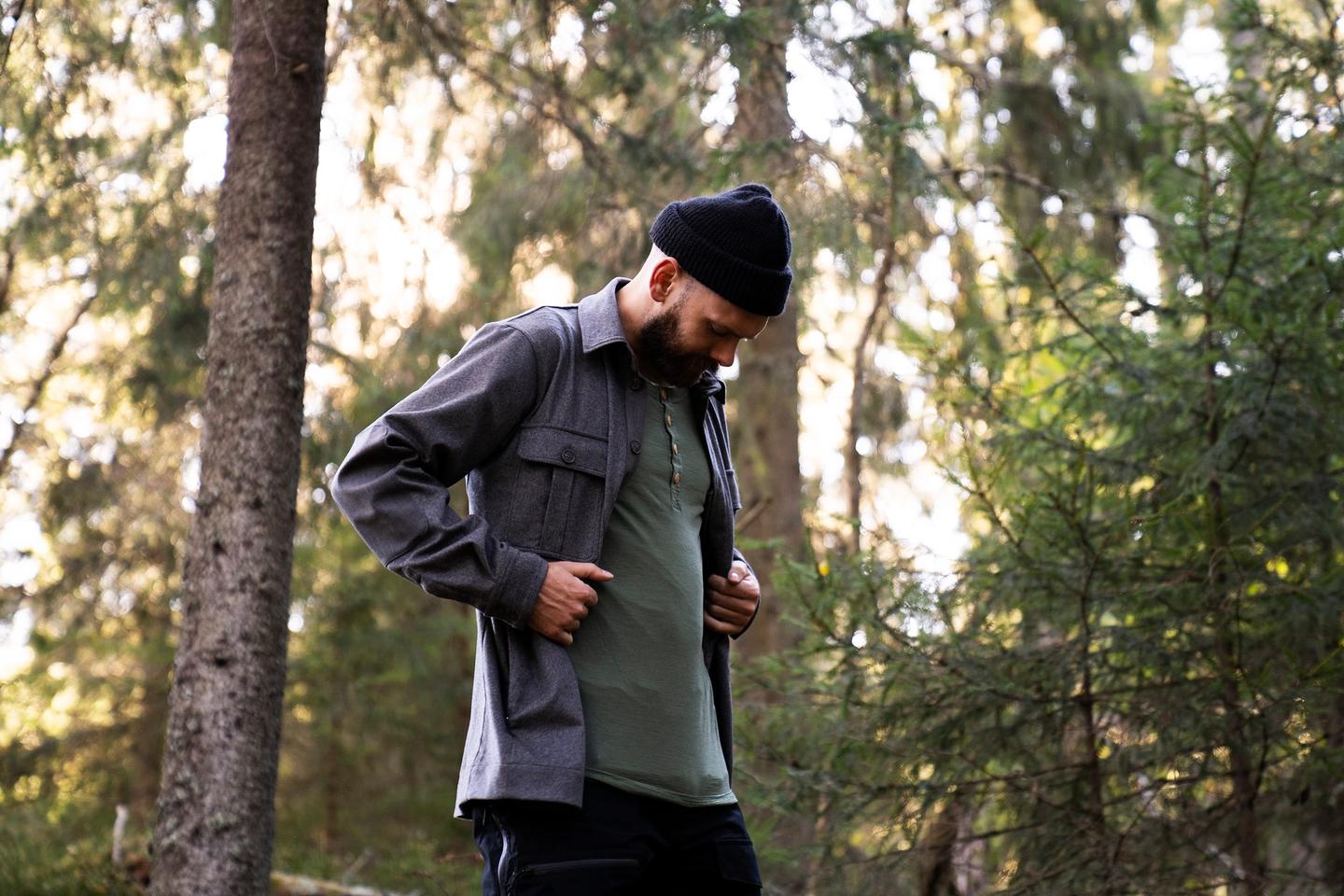 BACKGROUND
When we first started playing around with the idea of making a midlayer, we had a plethora of styles and functions to choose between. With our design philosophy in mind, we wanted to develop a garment that was both functional and looked good in the mountains or the city, and that could be work all year 'round.

Like our other products, you can go straight from a hike to dinner with your in-laws. Thanks to the wool you won't smell, and thanks to the design you are ready for any occasion.

Use it as a shirt, mid-layer or a jacket. 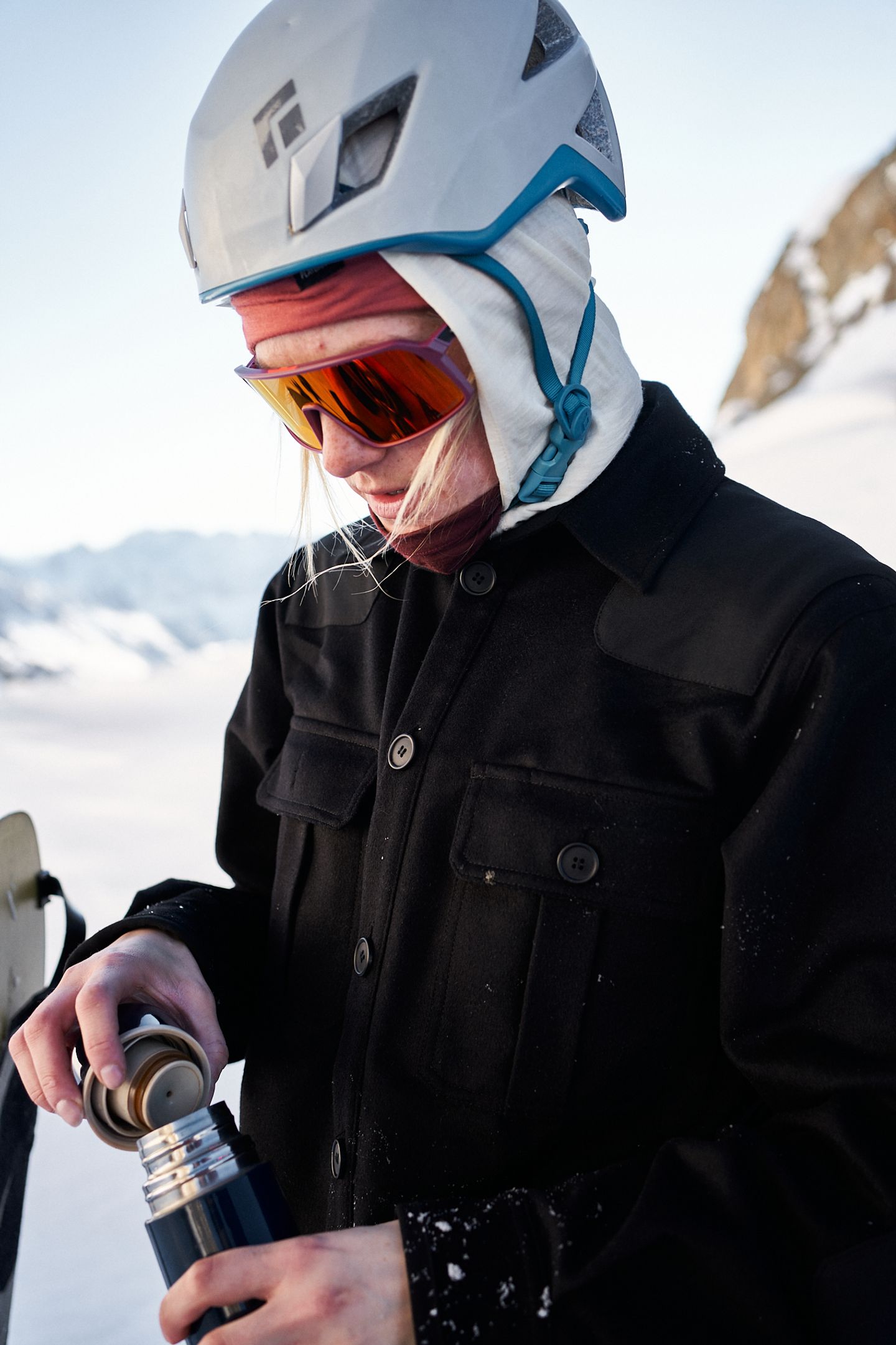 SIZING
This product is unisex, and the sizes are shown in men's sizes. We advise women to size down from their usual size. 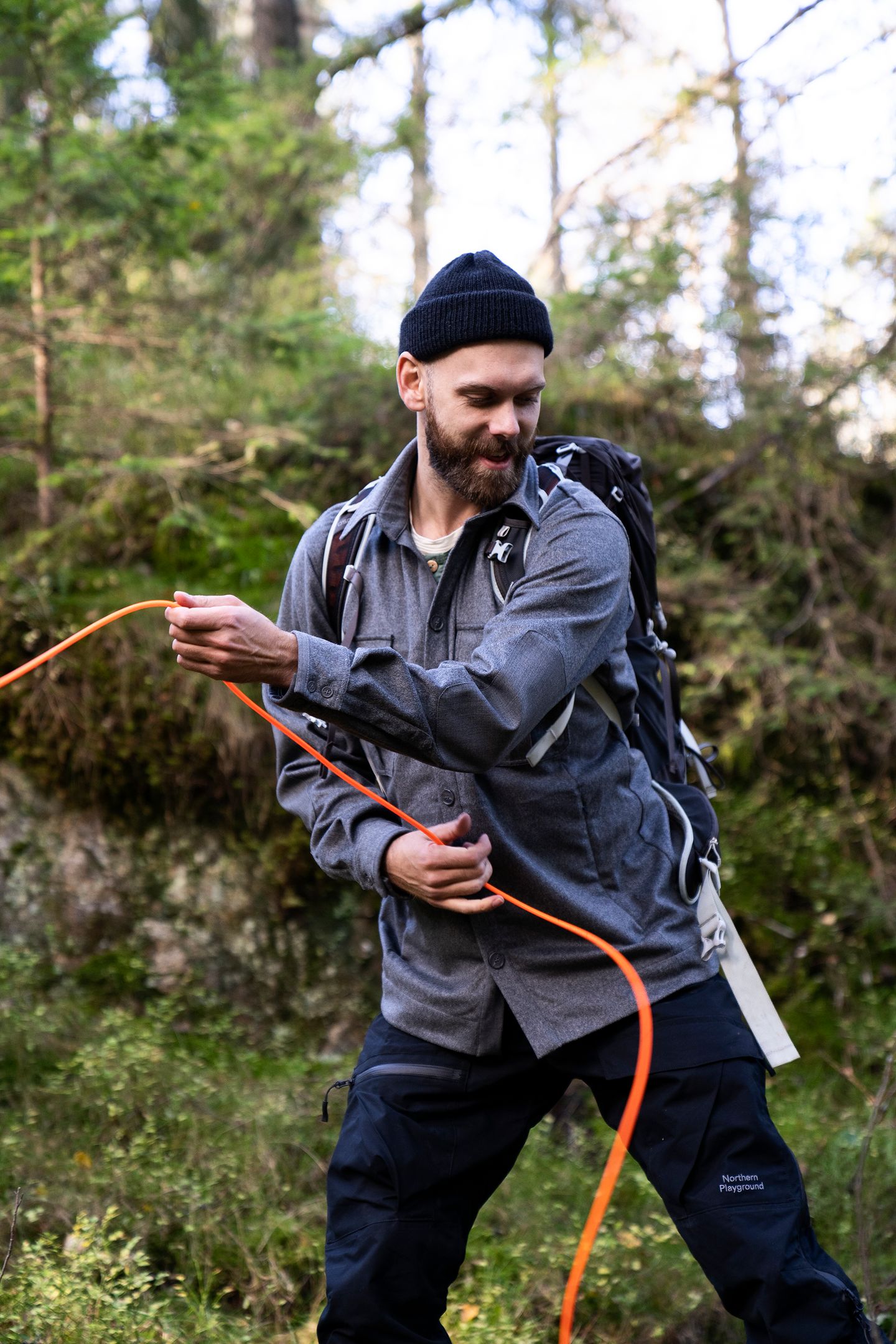 LIFETIME SERVICE
All our garments come with lifetime service. That means that we help you take care of you garments and use them for as long as possible. We do this in four steps: 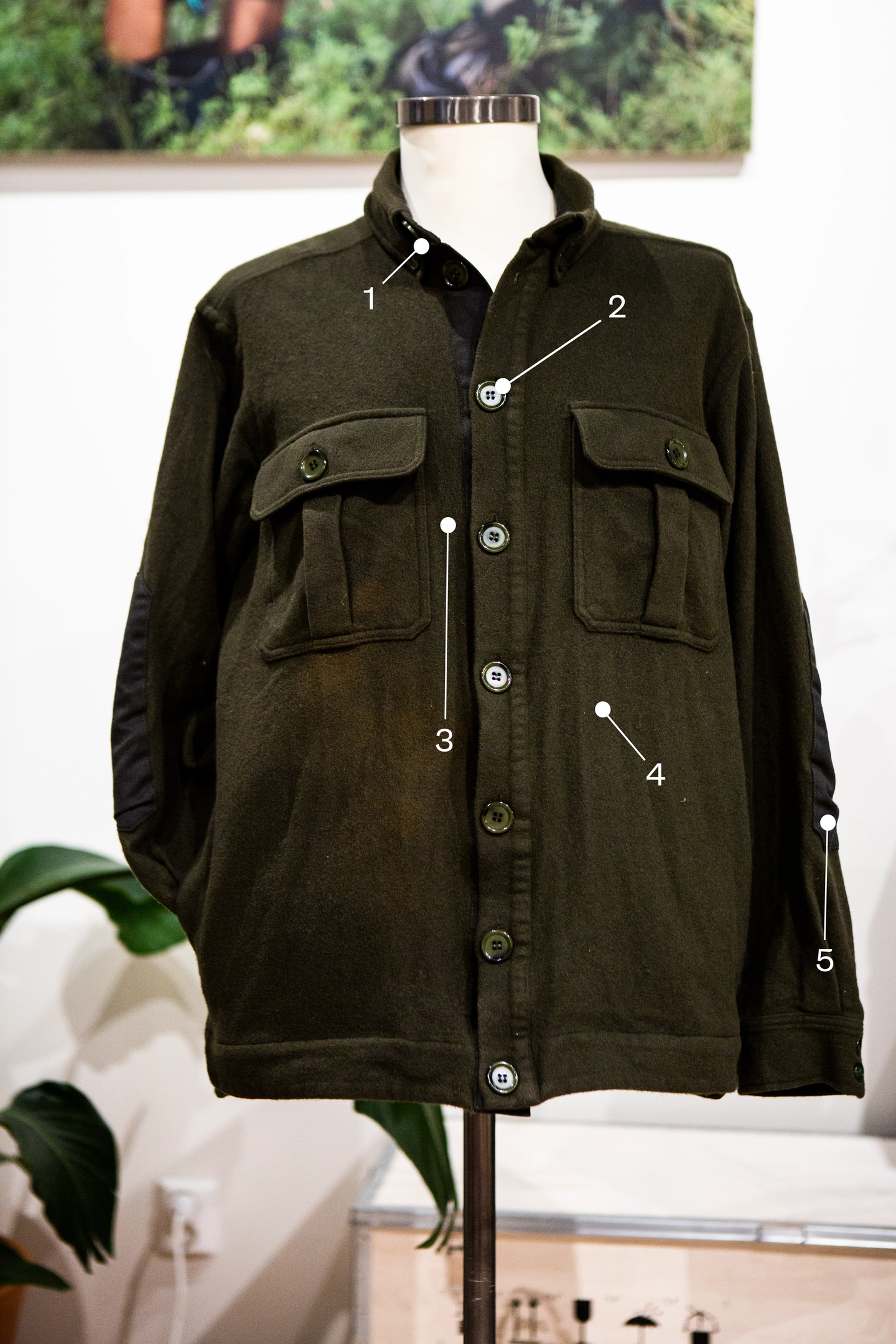 THE PROCESS
Pictured is the first prototype we received in fall of 2020. Since then, we have designed and developed the Jack Shirt with our Community. Five prototypes and one test round later, we have finally landed a good design. The final product is based on internal ideas and competence, in addition to feedback from testers and the Community. The most significant changes are based on the following feedback:

1. No button-down collar. Mattis, Niclas and 5 others wanted us to remove the buttons form the collar.

3. Extra pocket. 5 people, like Jo, thought is was a good idea to implement a zipper pocket on the inside of the jacket.

4. Color. 7 people asked us to make a version in grey melange.

Bonus: Name. Inspired by the contribution from Community member Tamara, Jack Shirt is the perfect combination of jacket and shirt (and jack shit 😉).

This product is now in stock and ready to be worn on your next adventure.

To make sure we make clothing that can last a lifetime, we need your feedback. In our Community you can contribute in the development of new and existing products. Have thoughts on anything we should do different, a cool story or maybe just a question about the product? Join our Community and the discussion below!

Your cart is empty

There are currently no products in your cart. Fill it up!
See all products

Stay updated on all our crazy ideas

Payments are handled by Adyen